Coming on Saturday February 19th at 12 NOON SLT – the premiere of Peripheral Vision – About what is out of focus. An exhibit by Fau Ferdinand and Penumbra Carter. Join us Exhibit A on Odyssey for the opening event. The artists will be in attendance. http://maps.secondlife.com/secondlife/Odyssey/29/47/24 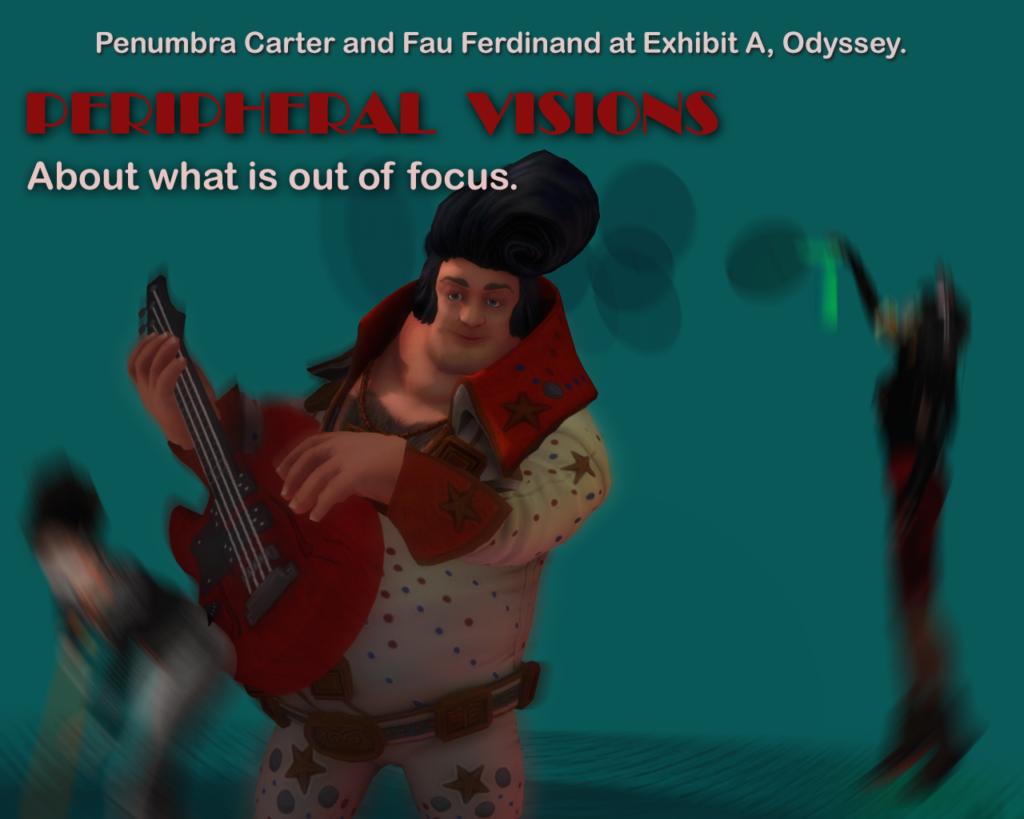 AI and I by Fau Ferdinand
In different times I used to read, even unreadable books… 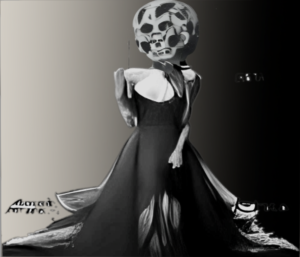 This exhibit merges AI generated images, video art, and machinima. Some of the pieces you see in this exhibit were created by feeding text into an Artificial Intelligence program that returns an image. The AI program used is Sber AI ruDALL-E, which is a neural network. Most of the images are made from a combination of images, and the final pieces are processed in Photoshop–some more, and some less. I have also worked with machinima, and the web application, Aleph Null, a graphics synthesizer by Jim Andrews. Aleph Null was used to make short looped video for the exhibit. I used snapshots of a Second Life home/gallery that I still use sometimes.

The Cleaner by Penumbra Carter
One of the many jobs my mother had was a cleaner, so I always notice cleaners about, the silent workforce. Protecting us from dirt and disease. The pandemic has made them even more mute by wearing a mask. Staying masked to protect themselves and their livelihood, which is fragile, against a 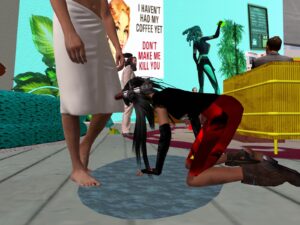 world who barely notices they are there but are dependent on them. The cleaning caste system in the western world; who see cleaners as servants.
I decided to make a machinma of cleaning Hotels, Motels and other public spaces of Second Life because I find them extremely tedious. In a world where you can do anything, they build an empty hotel, you can tell they do have hopes of filling them up. Cleaning them could only be tedious, I thought; but it turned out to be quite a relaxing activity to do during a time when it was not possible to venture outside your own home for anything other than the essentials. I also got a sense of being helpful in an odd way, contributing something to virtual humanity. I stayed with my uniform of a pinny and a mask while I cleaned. What was a surprise was encountering these new–I call them Static-Real-LIfe-Statue-People–hanging around, so I cleaned them as well. I also found them a bit disturbing, I was masked up and cleaning and they were just going about their day in their Second Life way. 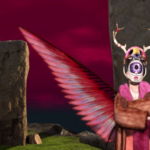 Fau co-managed and co-curated Odyssey for many years and established the Odyssey Performance Art Festival with Liz Solo. These days, Fau has been working with poetry, AI, and video, and has been bringing some of this work in SL.

Penumbra Carter
“I arrived in Second Life in 2007, with no computer skills. Initially, I annoyed many people, “How do I cut and paste, how do I put 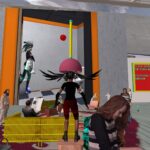 on shoes, is click the same as touch”? I am glad to be here all these years, messing around in my head, making things, traveling about Second Life and filming, making machinima. I could never have figured how to make machinima without the help of Chantal Harvey, I am forever grateful to her. I love my Second Life friends, especially Dekka Raymaker, who knew the difference between click and touch and shared that with me.”